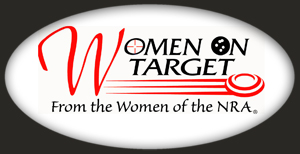 The old saying “time flies” sure rang true this summer! In all honesty, I haven’t had much range time. My “day job” workload has been absolutely insane, but that is a good problem to have. Despite the fact that I have not been able to hit the range very often, I haven’t exactly been doing nothing.

At the June meeting of my Sportsman’s Association, I was asked by the President about possibly running some sort of a clinic strictly for women. Obviously, I jumped at the chance.

My club is mostly men. A few wives of members are also members but not active (and don’t really shoot). I’ve found that a lot of women in my area (especially older women) obtained their pistol permits years ago in order to co-own their husband’s firearms. This is pretty much a necessity here in New York, (your local laws may be more relaxed but it is a very good safeguard here in New York should something happen to you). Many times, these same ladies never really learned to shoot. Either intimidated about going to the range with their husbands, or never really given the opportunity, a lot of women have their pistol permits and don’t shoot. I want to change that.

I’ve been pretty much left on my own to get this clinic accomplished. To date, I’ve submitted the date and all of the paperwork to the powers that be at the NRA, and I have been approved for my clinic in October.

While I had planned to limit attendance to the wives of club members for this first clinic, I have actually gotten 3 requests in the last 4 days from the general public, all from within my county of New York. All already have their pistol permits and are looking for some basic guidance. I am also limiting the total number of participants to 10. Here’s why:

As I stated, this is my first clinic. I am a certified pistol instructor, but I have not been actively teaching. Since this will be my clubs first attempt at a Women on Target clinic, I reached out to a woman who teaches this clinic regularly. Next week, I will drive upstate to shadow her in her clinic and help her instruct. I am thankful that she’s giving me the opportunity to learn from her; she seems equally excited that another New York woman will be teaching the Women on Target class!

I will certainly be writing an article on the clinic itself once it is completed in October. Hopefully, I will be also posting an update after I shadow the clinic next week. Until then, wish me luck and keep shooting!